Ways to Clean Mould From Windows 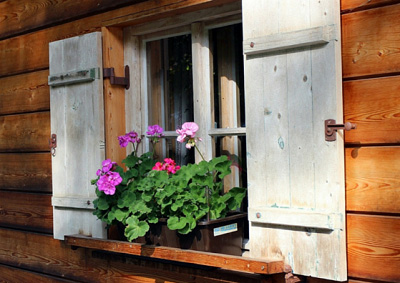 If condensation is a problem on your windows, you may see signs of mould beginning to show up after a while. If left untreated, this unsightly growth can be dangerous for your health. Here are some ways to clean mould from your windows before it becomes problematic for your family.

For small patches of mould, you may be able to remove it with warm water, dish-washing detergent and a sponge. Make sure you wear a mask to prevent breathing in the mould spores while cleaning. Start by spraying the mold with warm water to prevent the spores from drifting up and through the air, then squirt a little detergent on the mould and scrub with a damp sponge. Rinse with clean water, then wipe the area down with a dry cloth to get up any remaining moisture.

Bleach is very effective at removing mould from nonporous surfaces. Combine one cup of bleach with one gallon (3.8L) warm water and spray it onto the mould. Leave it for a few hours, then wipe it away with a damp sponge. Make sure you only use bleach in a well-ventilated area and keep it away from your eyes.

Hydrogen peroxide is strong, effective on many moulds and inexpensive. However, it may stain or mark some surfaces so try it on an inconspicuous spot before using it liberally. Simply fill a spray bottle with 3% hydrogen peroxide and spray the affected area. Let it sit for 20 minutes, then wipe it up with a sponge or cloth.

Tea tree oil is completely natural but very effective at killing mold and bacteria. Combine two teaspoons of tea tree oil and two cups of water in a spray bottle, then spray the mould liberally. Leave it to sit for a while before wiping it up. The tea tree oil will leave a slight residue that will help prevent future mould growth.