How to Remove Black Mould from your Windows 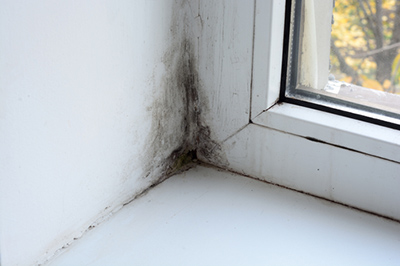 Black mould is more than just unsightly--it’s unhealthy for your family if they breathe it in. If you have a large amount of mould in your home, you should call a professional. However, if you just have a small amount around your windows, you can try to remove it on your own. Here’s how to remove black mould from your windows safely.

To remove the mould safely, wear rubber gloves and a respiratory mask, since breathing in the mould could trigger breathing problems. Gather up a spray bottle, your vacuum, some vinegar or fungicide, rags, a bucket, some warm water, and some baking soda. Put on your gloves and mask before you begin.

Make sure your windows are open a little to allow any loose mould spores to escape outside. Use your vacuum nozzle to remove loose, excess mould. Make sure you cover every inch of the window and frame to prevent leaving mould in the cracks and crevices. Clean your vacuum nozzle with a cloth dipped in vinegar afterwards--this kills the mould spores and prevents them from migrating somewhere else in your home.

If there are still mould spores on the window after a dry clean, or if the window is wet to begin with, start by wiping off excess mould with a damp cloth. Don’t scrub or wipe too hard--you’re just removing excess mould at this point.

After you’ve cleaned the window, wipe it with a dry, clean, white cloth. If you see mould, repeat the process until all the mould is gone. Once you’re done, prevent future mould growth by preventing condensation buildup on the windows with good ventilation in the room.

Visit Windows Plus for all your Halifax windows and doors needs.